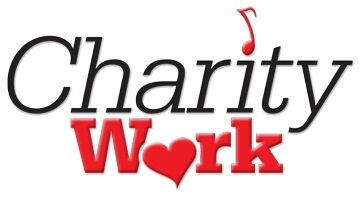 If you're age 70 1/2 or older, you can now take advantage of recent legislation allowing you to avoid paying income tax on IRA withdrawals transferred directly to a qualified charitable organization.

Referred to as Qualified Charitable Distributions (QCDs), they can also be used to satisfy all or part of your required minimum distribution. Here's an example:

Required minimum distributions (RMDs) must be taken each year beginning with the year you turn age 70 1/2--whether you are still working or not. The RMD for each year is calculated by dividing the IRA account balance as of December 31 of the prior year by the applicable distribution period or life expectancy. This rule does not apply to your Roth IRAs.

WHAT IS A QUALIFIED CHARITABLE DISTRIBUTION (QCD)?

WHAT ARE THE RULES?

Unlike most tax-related rules, the rules for QCDs are fairly straightforward:

Generally, taxable IRA distributions must be included in adjusted gross income (AGI)--even if donated to charity. You may be able to take a deduction for a charitable donation, but could be subject to a 50 percent AGI limitation, which means you wouldn't be able to deduct the full amount in that tax year and might be subject to income tax on the difference.

QCDs bypass this potential problem because they are exempt from taxation--and you get to take the full amount as a charitable deduction.

Another tax advantage is that there is no increase in your AGI that could, for example, increase your income tax on Social Security income or cause Medicare insurance premiums to increase. It could also reduce deduction amounts for say, medical expenses, which are limited to amounts more than 10 percent of AGI (7.5 percent for those 65 and older in 2016).

In addition, because there is no addition to income, you may be able to take the standard deduction (often a higher dollar amount and more beneficial than itemizing) and claim the deduction for a charitable contribution.

REPORTING A QCD ON YOUR INCOME TAX RETURN