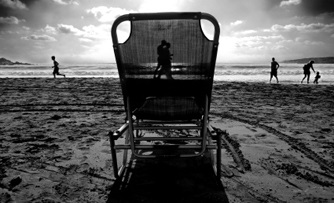 If you participate in a company retirement plan, such as a 401(k), there's a way you can take a distribution and get out of paying the 10% early distribution penalty if you're under age 59 ½ at the time of the withdrawal. The rule is sometimes called the “age 55 rule.”

If you are 55 years old or older in the year you left your job and you need to take a distribution of your retirement plan funds immediately, you should leave the money in your company plan and take your withdrawals from there. The reason is because distributions from your company plan, when you leave the company in the year you turn age 55 or later, are not subject to the 10% early distribution penalty if you no longer work for that company (or what the tax code refers to as “separation from service”). Remember, though, that the distribution would still be subject to federal income taxes.

It’s the year you turn age 55 that matters. For example, in one Tax Court case, the Court ruled that a person was liable for the 10% penalty for an early distribution made from her company retirement plan. Although her distribution took place after she turned age 55, she left her job when she was just age 53, which disqualified her from being eligible for the age 55 exception to the 10% penalty. It’s the year someone separates from service that matters, not the distribution date. To qualify for the penalty exception, separation from service must occur in the year the person turns age 55 or older.

Also, if you roll over company retirement plan money to an IRA, withdrawals before age 59 ½ are subject to the 10% early withdrawal penalty unless one of the other exceptions applies (such as disability). The age 55 exception does not apply to IRA distributions. So, if you meet the age 55 rule and need to spend some of your retirement money, don’t roll over the amount you need to an IRA. If you do, and then take a distribution from your IRA, you will be hit with the 10% penalty. Once you roll over company plan money to an IRA, the IRA rules kick in and you can’t go back and use the age 55 rule.